A very very good article about the environmental and social impact of tar sands exploitation in Canada. The black gold is proving a mixed blessing for the frontier town of Fort McMurray.
Posted by Unknown at 1:43 pm No comments: 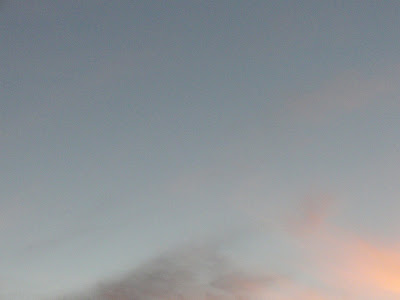 As my friend Sara publishes her recipe for Squirrel Stew on her blog, I thought it would be fitting to publish one of the pics I am most proud of, taken in NY.

Yes, it's a dead squirrel - it looks beautiful no? Maybe I should enter the Wildlife Photographer of the Year competition next year. hehe
Posted by Unknown at 3:39 pm No comments:

The new Britney Spears album is out, and apparently it's good. The scary thing is that the Guardian goes as far as publishing a "In praise of..." section to her. "The new album is often brilliant. And what is most brilliant is its musical risk-taking (...) Pop is almost unique in having commercial successes who go on to use edgier sounds. In a small way, Britney Spears continues that long, chequered tradition." Who would have thought?

A big article on the Quebec band Arcade Fire in the Guardian too. Their second album is one of the biggest selling of the year. Here is one of the paper's explanation for their aversion to celebrity: "There is the shadow of the French Quebec pop scene, packed with artists unknown outside of its confines, but who apparently "sell as many records as Arcade Fire do worldwide, just in Quebec" [says the Arcade Fire singer]. "In Montreal, we're not celebrities at all, those people are celebrities," says Butler. Parry nods. "Occasionally, we've noticed that people are kind of surprised, like, wow, you've done really well, you're nearly as big as Jean LeClerc." HAHAHAHA

Some great fado singers will be at the South Bank Centre on Thursday. Let's hope there will be some tickets left on Wednesday when I get paid, otherwise, I won't be able to go.
Posted by Unknown at 11:12 am No comments:

Being away from France, I didnt follow very much the Cecilia-Nicolas Sarkozy break-up, so I am quite happy the Guardian has written a long piece about it!

Also on the Guardian's website, a podcast from the current Tate Modern exhibition of Louise Bourgeois' work. Everyone loved it, except me and my friend Nicolas. We totally failed to be moved by what we saw. We didn't even find it ugly or awful, we just found it unimpressive. Either we are not educated enough or are pointing the lack of clothes on the Emperor, though that would be too good. I have to say she still looks chirpy for her age (95). I have just read that she is the last Surrealist to be alive, so I might go back and look at the show from that angle, and maybe I will understand what she is trying to do.

Christopher Wheeldon's dance company Morphoses debuted in New York, and the great Aesha Ash was spotted by the New York Times: "Ms. Ash stood out for the resonance and power of her dancing in William Forsythe's “Slingerland Pas de Deux". You go girl! Here is a pic of her dancing with Trevor Nunn and William Trevitt (aka The Ballet Boyz) in a new ballet, "Mesmerics".

Posted by Unknown at 1:27 pm No comments:

Some hoop-la in the US about a new War and Peace translation. I read a long version, and I loved it.

A portrait of Anderson Cooper, a CNN journalist who is very cute for his age (40) and likes reporting from war-torn countries and might be gay though he won't say.

In France, teachers are meant to read the famous lettre from Guy Moquet, an emblematic heroes of the French resistance and of the Communist Party, who was shot by the Germans at the age of the 17, on the 21st of October 1941. The lettre is his final, written to his parents and brother, just before his execution. Nicolas Sarkozy's first decision as president was to make the reading of this letter compulsory in every high school in the country. Some teachers are refusing to read it.
Posted by Unknown at 10:25 am 1 comment:

The New York City Ballet is coming to London next March, which is very exciting cause they are very good and haven't been here for 25 years.

The problem everyone is excited about this and the promoters know this, so tickets start at... £20! £20 for a restricted view in the Balcony, or a standing position! Argh! It goes up to £95 in the stalls. I hate rich bastards!! So it will have to be restricted view for me...

Oh well!
Posted by Unknown at 4:23 pm No comments: 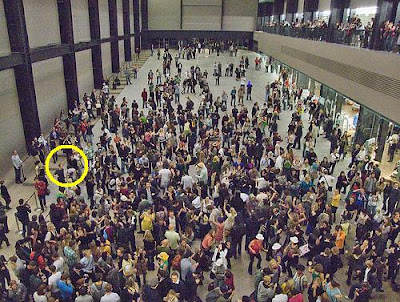 Went to the Tate Modern yesterday evening after receiving an invite by email for a flash mob event. Basically you turn up to the place with your ipod and at the said time (here 19h01) you start dancing like mad. There's no loud music, you just dance to whatever is playing on your ipod. It was really funny, and a bit strange!

Found some pics online. Michael and I can be seen! Clap your hands say yeah!
Posted by Unknown at 3:54 pm No comments:

La Bayadere was brilliant yesterday evening at the Royal Opera House. The ballet tells the story of an Indian warrior in love with la Bayadere, a temple dancer, but he is set to be married with the Raj's daughter. Tension tension! Total orientalism and slightly camp (Marianela Nunez made a great threatening bitch out of the daughter's role!! Love her!) it was really good. Carlos Acosta is a mighty hunk and he makes it look so easy.

Michelle Pfeiffer is back, and always so pretty.

I have to look for another job. Bye!
Posted by Unknown at 9:15 am No comments: