The portuguese singer Mariza was at the Royal Albert Hall yesterday evening for a memorable concert. Who would have thought that a fado singer could fill up this huge venue?

Wearing her traditional black dress with long black necklaces, she shared the stage with her musicians and the Serious string orchestra, directed by Brasilian composer Jacques Morelenbaum, who also produced her third album, Transparente. Joining her to sing throughout the evening were male fado legend Carlos do Carmo (her "master"), Tito Paris from Cape Verde (her "favourite African singer"), and Rui Veloso ("the biggest portuguese singer") So it was almost a "Mariza and friends" evening, really. It was also a true "atlantic wave" (as the festival this concert was part of is called) and some sort of "fado and its influences" night, since fado's roots are part Brasilian, part African.

It was fun to notice the difference between her and Carlos do Carmo, who has been a fado singer for 44 years (fado is only 200 years old). He moves much less than her (he is not as young, obviously!) and, when we started to clap at the beginning a song, he asked us not to clap "no no do not clap, you can sing with me, but certainly not clap, please". He still was an amazing performer, who won the crowd over with his humour and by singing traditional songs very well known in Portugal. As Mariza said "You can see why he is my master".

Tito Paris was a lovely little man, with braces and a cap, guitar in hand, shyly singing some sweet morna songs from Cape Verde, including Sodade. The audience was happy to join in and asked him to play a third song, when Rui Veloso entered the stage, to huge cheers from the Portugueses in the audience.

A big star in this country since the 80s, he was a surprise guest, as "I was holidays here, and she asked me to come and sing with her". He only sang Transparente and decided to leave Mariza alone to perform the other song he had written for her Feira de Castro.


Mariza was at her usual best. It seems like she can never disappoint live. Her voice is so amazing and powerful, she really uses it to its full range. Her stage presence is fantastic. I have filmed her singing without microphone at the centre of the Albert Hall. She has no fear, has she? If anyone on the balcony is reading this, could they let me know if they could hear her?
The Guardian talks about "a remarkable evening", The Times says the concert was "a coronation". You know what to do next time she performs near you!

Cloudspotting is back this week, thanks to my sister! Hugs to her! 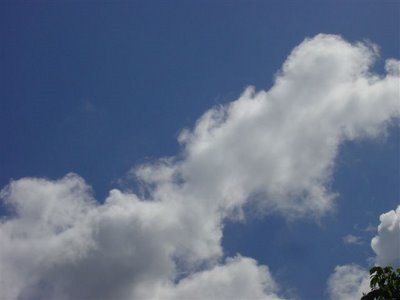