Like a large number of the US and UK's television-watching public, I am currently gripped by the TV show Homeland, starring the actress Claire Danes.

I've loved Claire Danes's sublime acting since first watching My So-Called Life back in the 90s (it was called Angela, 15 ans in France) and always thought we were not seeing enough of her around. My estimation rose further in the mid-2000s when I heard she did some dancing too, and some pretty contemporary stuff at that.

Danes started dancing at a young age, taking classes at Dance Theater Workshop in New York until the age of 14, and performed in a few dance pieces then, before moving to acting. Around 2004, she took up dancing again, taking classes with choreographer Tamar Rogoff, whose daughter had been a school friend. Danes ended up performing in two of her pieces: the solo Christina Olson: American Model in 2005, and the duet Edith and Jenny in 2007.

I am very proud to have written a post for the really cool dance blog The Ballet Bag about William Forsythe's Artifact, which was performed here in London recently by Royal Ballet of Flanders.

The Ballet Bag have this great list of fact sheets about a number of ballets, and they were very happy to get me on board when I approached them about writing a fact sheet about Artifact, a beautiful and dense contemporary ballet piece. Check it out here.

As you know I am trying to create fact sheets about contemporary dance classics on this blog. The first two have been on Anne Teresa de Keersmaeker's Fase and Merce Cunningham's BIPED. It takes a lot of research, hence the slow progress, but I'm hoping to add more over the next few months, including Alvin Ailey's Revelations and Jerome Bel's The Show Must Go On so check back soon!

Posted by Unknown at 5:21 pm No comments:

I went on holidays to NYC last week. It was fantastic, as ever with New York. Here are some dance highlights in pictures, words and videos. 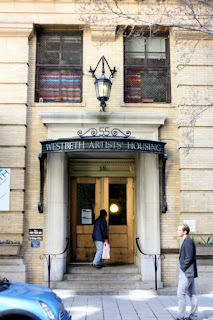 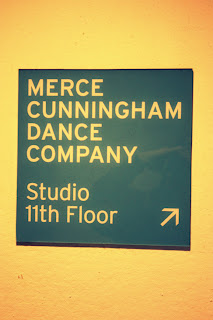 I took a short pilgrimage to the Westbeth Artists' Housing on 55 Bethune Street, the home of the Merce Cunningham Dance Company for many years. I was going to the High Line, and it's only a short walk from there, I thought I had to see the place where the legendary choreographer worked from for many years. There is a photograph hanging in the lobby, signed by Cunningham. I tried to go up to the 11th floor, where the studios were, but unfortunately it was closed and the receptionist did his job pretty well! 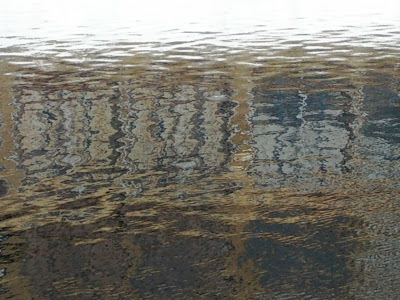