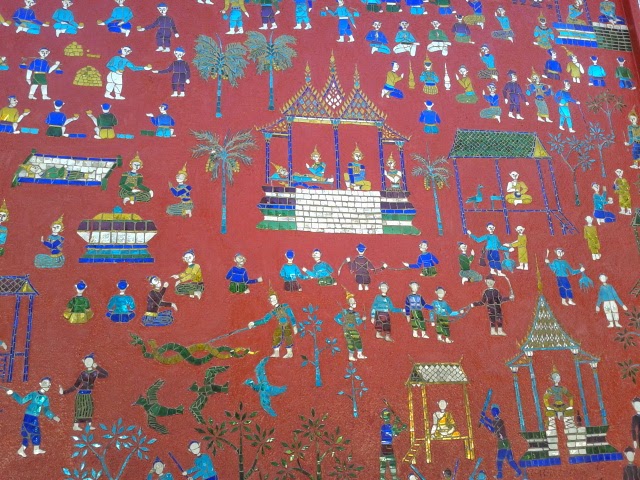 - bright blue Uniqlo hooded fleece jacket (probably in some Luang Prabang restaurant I had to run out of to catch a bus)
- digital camera (dropped in a stream at Kuang Si waterfalls)
- SD memory card with photos (I put it in my jeans pocket after the camera went under water, and I reckon it fell off the pocket when I got into my swimming trunk to swim in the freezing, turquoise water)
- travel pillow (in a cafe in Pakse)
- hiking boots (not technically lost, but had to abandon them after they did not survive the exploration of stunning caves, developing several holes in their sole)
- my breath, on several occasions
- 3 kilos (we cycled a fair bit and it was hot)

- cheap trainers (following the disintegration of my hiking boots). They would start unravelling 24h after purchase.
- A Vientiane 2009 Sea Games badge for Petanque
- geometric cushion covers (negotiated the price down as bought 3, only to find them even cheaper in another store the day after)