Sorry, been a bit lazy/busy these past 10 days. But I'll try to make up for it today!

First, I am famous in Sweden! Kind of! My neighbour, the artist Tuija Lindström, filmed me rehearsing some flamenco steps in my patio and turned it into a video installation, which is shown as part of her exhibition Roman Road at the Galleri Sprinkler/Nasby Cafe in the island of Öland, a very pretty place apparently. Here is pic of the vid at the gallery. 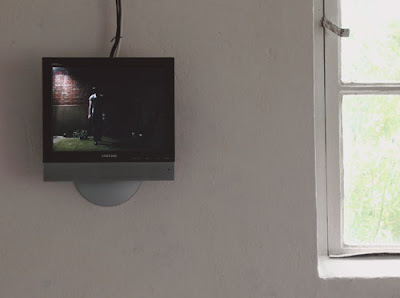 Tuija Lindström, Benjamin Lalague. (Yoohoo! I am a muse!)
Tuija is a great photographer too, here is a pic shown at the exhibition. She's also done some great work based on flowers and photoshop. Unfortunately, she is moving back to Sweden at the end of August. :-( 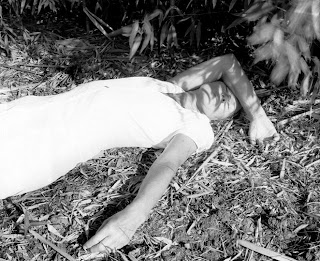 3 big ETA arrests, something we can only be happy about. A long article about how they did it in El Pais, which says it is the biggest blow to the terrorist organisation since 2004

I haven't written about it, but the Ballet Boyz gala at the Royal Festival Hall was really really good. Wayne Eagling's Duet (to the music of Wagner's Tristan and Isolde) was beautiful. I also loved the freshness of Five Brahms Waltzes in the Manner of Isadora Duncan. If those names sound off-putting, I am sorry, it's not intended! The evening was also very funny, thanks to the video links of the Ballet Boyz backstage. Read some reviews. A pic of Belinda Hatley dancing Five Brahms Waltzes 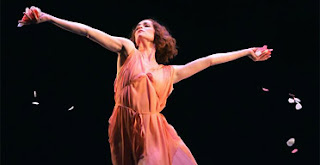 Went to my first Proms of the year on Tuesday, to listen to Verdi's MacBeth, which I really enjoyed. The director has a bit of a mad vision (the witches are gypsy girls), it had a lot of humour, which made easier to follow. I tried to watch the Orson Wells movie and had to stop, it was just so heavy. Here, as an opera, with Verdi's music, it was much easier to digest!
Posted by Unknown at 10:07 am